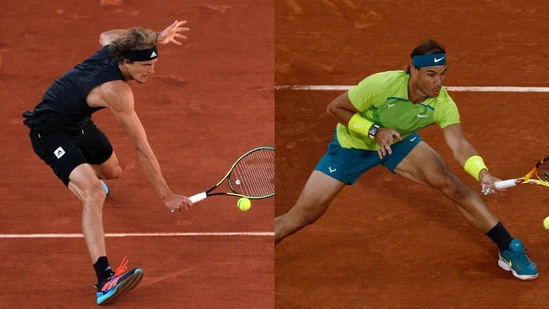 Following his 21st major championship in the Australian Open in January, Rafa Nadal aims for a new milestone with a victory at the French Open. Only Alexander Zverev stands in his way to the final right now. For the record, Rafa has won four of the five occasions he has faced Zverev on clay, and the Spaniard will be eager to add to his stellar record.

The match is set to take place on June 3rd and will be shown live on Sony Network. The match can also be streamed on the Sony Live website and app. So far, the match looks to be shaping up to be an entertaining match, with two elephants on the court slugging it out till the end. Even though Rafa looks to be the favorite, Zverev is also a formidable opponent who should not be underestimated as he can pull off an upset. Zverev would try to build on his success at the US Open when he defeated Carlos Alcaraz, the sixth-ranked teenager, in the quarterfinals.

Several individuals and experts have expressed their thoughts on how the match will play out. Mats Wilander, a seven-time Grand Slam champion, has said that the weather in Paris might significantly impact the match’s outcome. As a result, he’s thought to be anticipating a close encounter.